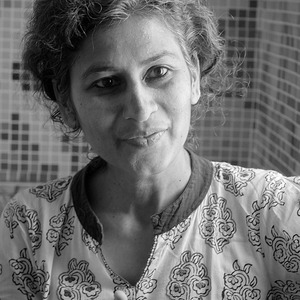 Kirti Chandak was born in Nasik in 1971, and her parents brought the whole family to Pondicherry in 1973 for their education. She graduated from the Sri Aurobindo International Centre of Education in Pondicherry in 1991, did her B.F .A in painting from Kala Bhavana, Visva-Bharati Santiniektan 1992 - 97, and her M.F .A. in painting from M.S.U, Baroda 1997-99. She is a recipient of the National Scholarship 1997-99, she was selected for a cultural exchange with Ecole Nationale Superieure des Beaux-Arts in Paris in 1999. She was awarded the Late Milinde Kumar Bhade Gold Medal from M.S.University, Baroda for Painting in 1999, got the Junior Fellowship in 2000-2002, The special award from the Bombay Art Society in 2001, and the Pollock-Krasner Foundation Grant for the year 2002-2003. Here works are figurative and subjective in nature. She is based in Pondicherry and freelances as an artist and curator . 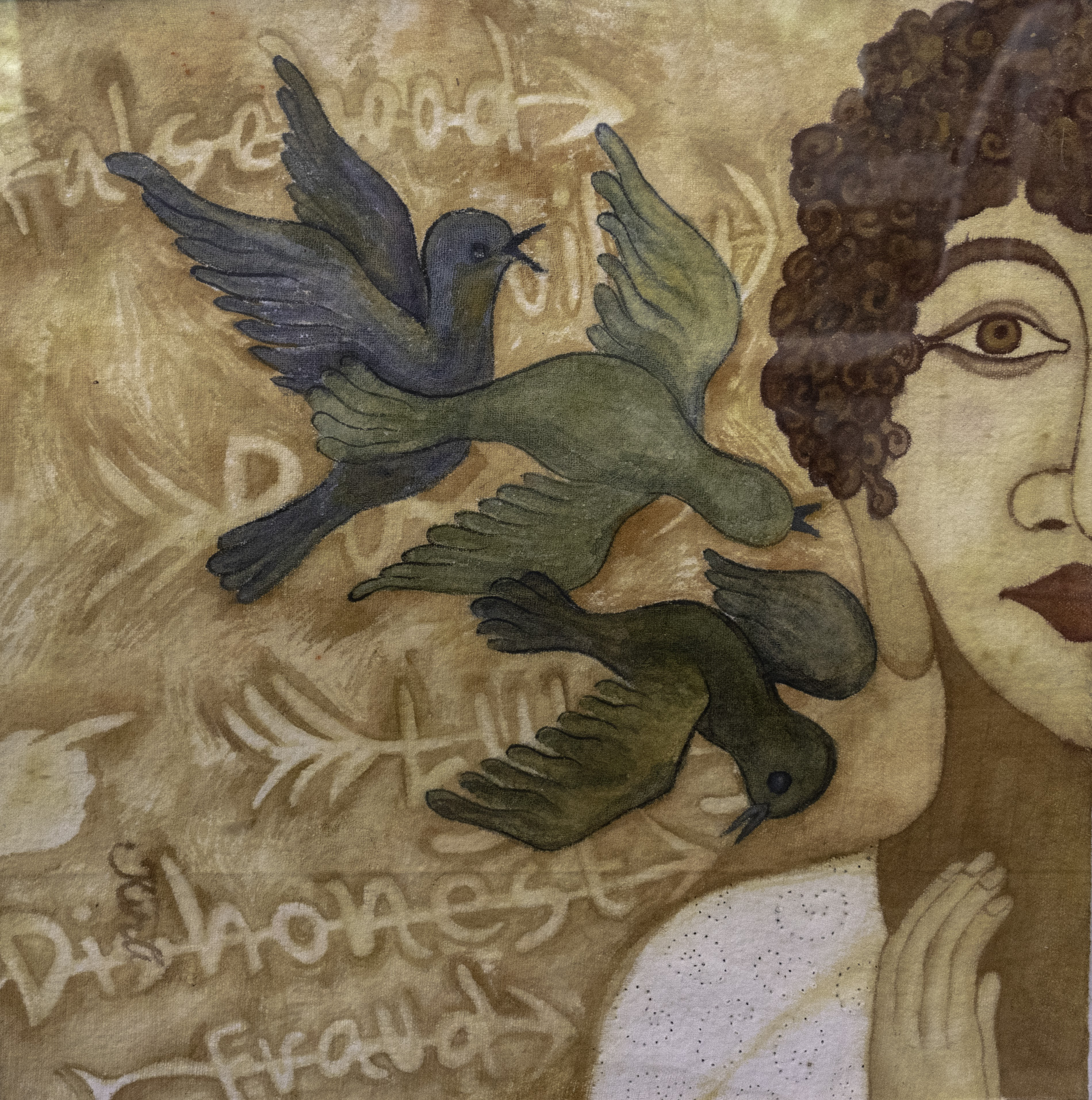